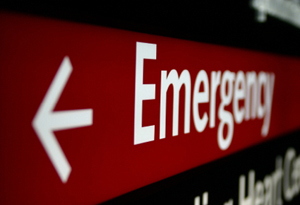 Researchers from the University of Notre Dame’s Keck Center for Transgene Research and trauma physicians at South Bend’s Memorial Hospital are joining forces to use a new medical technology to help save the lives of trauma patients.

Researchers at the Keck Center investigate how the genes involved in blood clotting processes function in inflammatory diseases like sepsis, atherosclerosis and asthma. In particular, the Center’s Thromboelastographic Study Group focuses on the coagulopathy (clotting disorder or bleeding disorder) of trauma.

The Keck Center, as well as Memorial Hospital, recently obtained a new piece of medical technology called a thromboelastograph (TEG) analyzer for use on trauma patients suffering from acute traumatic coagulopathy. Memorial trauma physicians Scott Thomas and Mark Walsh and Keck Center director Frank Castellino have formed a unique partnership to use the TEG analyzer in groundbreaking ways. 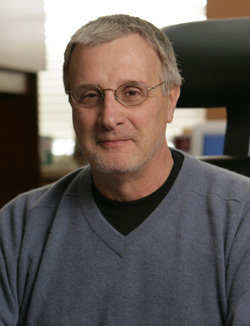 “The goal of trauma physicians is to first stop the blood loss and stabilize the patient. The aim of the current work between the Keck Center and Memorial Hospital is to employ real time thrombus measurements, combined with platelet functional analysis, which will engage the expertise of the trauma physician, researcher and perfusionist to make rapid point of care decisions as to which blood products the patient requires," Castellino said. “This will allow specific transfusion protocols to be used and save precious blood products and unnecessary expense to the patients, while at the same time providing state-of-the-art patient care.

“The testing requires a small sample of the patient’s blood to determine its ability to form stable clots with use of TEG measurements. Complex transfusion decisions can then be made in a very short time with the maximal amount of data.”

Castellino notes that this close collaboration between scientific researchers and physicians is both unique and highly productive. Keck researchers are doing fundamental work in molecular medicine which is being employed by the the Memorial Trauma Center for patient care in a model of translational research.

The result means a state-of-the-art level of trauma care for residents of northern Indiana and a model for national care in this area.

Originally published by William G. Gilroy at news.nd.edu on October 28, 2011.